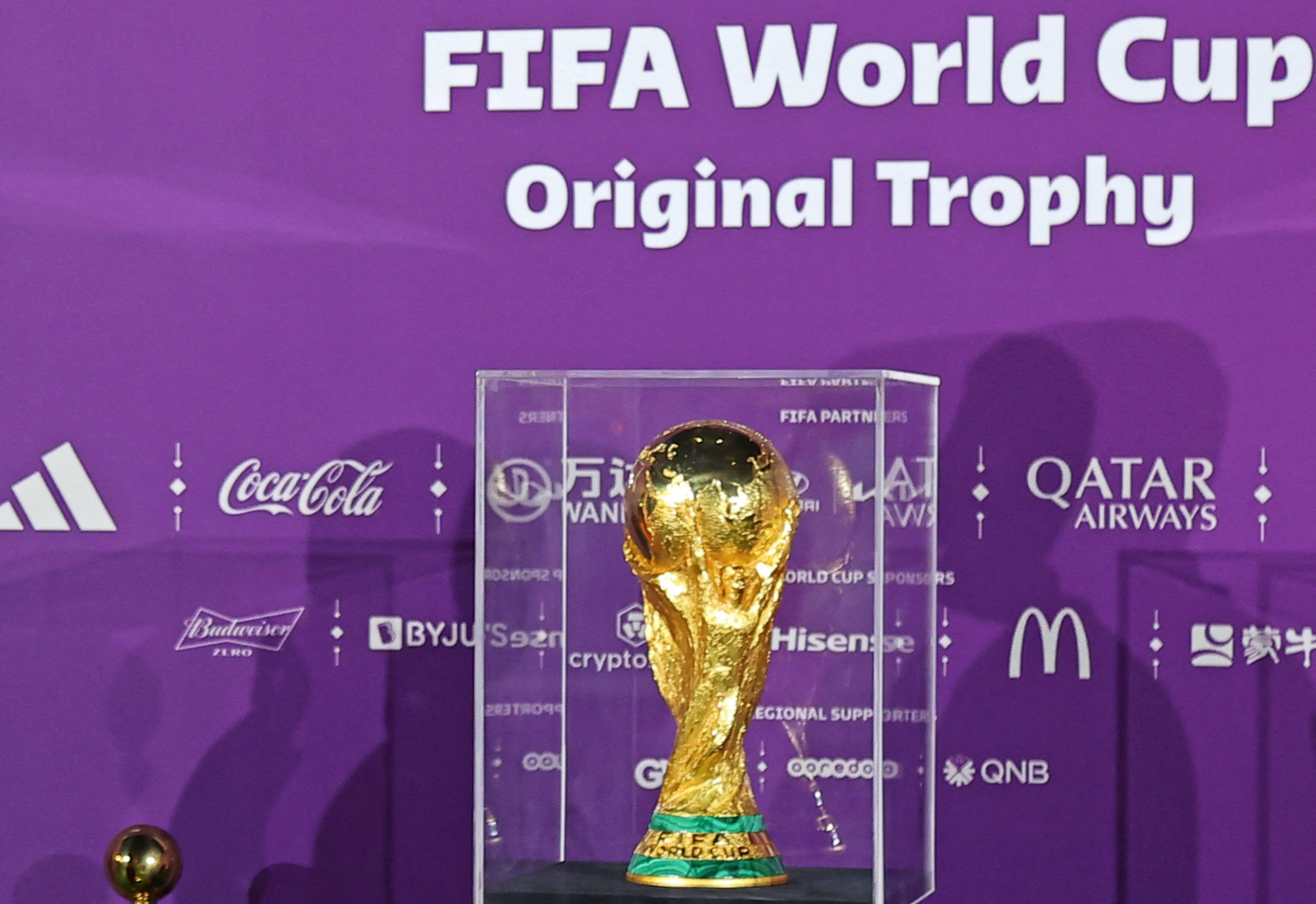 A general view shows the World Cup original trophy on display in the Qatari capital Doha on May 6, 2022, during an event marking 200 days to go until the 2022 FIFA World Cup. (Photo by KARIM JAAFAR / AFP)

Algeria’s desperate bid to have their World Cup play-off with Cameroon replayed has been rejected by the competition organisers FIFA, the Algerian Football Federation said Saturday.

Algeria won the first leg of the play-off 1-0 in March but was beaten 2-1 in the return leg to miss out on one of the five berths at the finals for African nations.

The Algerian federation claimed the refereeing of the second tie by Gambian Bakary Gassama was “scandalous” while the FIFA referees committee rejected this view.

“The referee’s decisions had no negative influence,” FIFA said.

As Argentina Takes on Saudi Arabia Today in 2022 Qatar World Cup, Lionel Messi says, Diego Will Always Be With Us